Taking Charge of Your Life 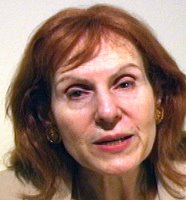 People sometimes do not realize how powerful they are - and how they can initiate change whenever they need it. Even in court, when life sometimes deals a blow to one's daily routine or well being, the power is still there. The challenge for everyone is to use it, knowing that it's there when you need it. Some people think that they are too helpless, hopeless, burdened, broken, or whatever to do anything about their situation. But I am not buying that excuse. Every individual has the power to choose and take action to change their lives when they are present to the opportunities before them. In court, a man in his 40's stood before me after an arrest for drug dealing. After reviewing his rap sheet and history, I simply stated to him that he needed a job, that he had too much time to dabble in criminal activity, and that it was time for him to take charge of his life. I suggested that he discuss with his counsel the various options with agencies for job training, for handling drug abuse and for other matters. Although he nodded in agreement, I could not be sure if he was undertstanding his situation or was just placating me in court.
Well, guess what? A couple of weeks later, he was back ... to say that he had taken my advice. He entered a drug program, started a job training program and was to be placed in a position this week. What he said to me was the ultimate confirmation of my commitment. He said "no one had ever offered me a chance or opportunity like that .....", then thanked me over and over again. He also gave me his supervisor's name at the drug program who also wanted to thank me for my time and effort on this man's behalf. This was an epiphany for me as a public servant. It's this kind of positive action that defines my personal stand for contribution to the community and the world.
Posted by Zensho Martin Hara at 7:09 AM 1 comment: